Oshawa VOTES political party has declared its intention to run a slate of candidates to contest the next municipal election. We have declared
"WE PROMISE" as our campaign theme. Our website will be www.WePromise.ca

While the party will have a wide-ranging platform, it's first order of business will be in returning ward voting to Oshawa.

Another major goal will be in defeating Mayor Gray and Councillors Pidwerbecki, Parkes, Marimpietri, Henry, Kolodzie, and Sholdra all of whom voted to rob you of your local ward representatives by replacing ward voting with the less accountable and less democratic
"General Vote". They wanted a "self-serving" electoral system that served them rather than the people of Oshawa.

In addition to a platform of "positives" our team will develop, we will be reminding the public of the growing collection of "negatives" identified below under the item--Oshawa City Council
"Hall of Shame". The Oshawa public, however, is invited to contact us to suggest additional isses you think we should consider.

Fortunately the general vote will make the task easier for the VOTES party as our team will be able to concentrate on one city-wide campaign rather than on seven ward campaigns.

ENTER "KEY WORD" TO SEARCH BLOG FOR ALL REFERENCES


1. "The city had no responsibility to inform the public about the referendum question"--Mayor John Gray (City Council Mtg., April 10, 2007)

3. "Our half million dollar loss at the GM Center actually puts us $700,000 above the $1.2 million loss at the Civic."--Mayor John Gray's "spin" on first year taxpayer losses of new GM Place (December 07 interview with CHEX TV's Dan Carter's "First Take LIVE) overlooking borrowing costs for GM Center which didn't exist for the Civic.

THE PEN IS MIGHTIER THAN THE SWORD...WRITE TO THE POLITICIANS AND THE MEDIA WITH THE LINKS GIVEN BELOW...LET YOUR VOICE BE HEARD!

YOU CAN ALSO HELP THE CAUSE BY E-MAILING THE LINK http://www.oshawaspeaks.ca/ TO ALL OF YOUR FRIENDS

BILL LONGWORTH was founder and chair
of Ward System Now, the activist organization that brought the ward system to Oshawa.

He personally presented the winning case to the Ontario Municipal Board in 1985 in a 21 day hearing, the longest of it's type in Ontario History.

Because Oshawa City Council has again voted to implement the General Vote, he is once again called to arms to preserve democratic ward voting for Oshawa. 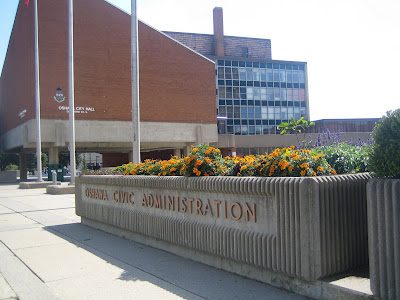 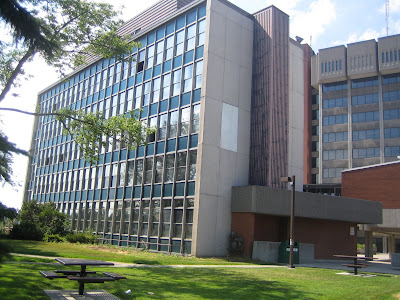 To give us this $17 million 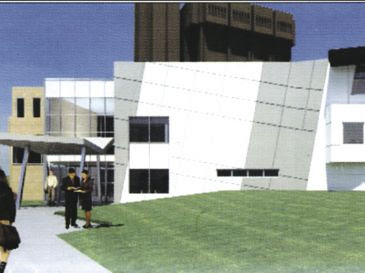 Prepare to be amazed
as Oshawa becomes Canada's laughing stock!
if we aren't already...what with
a) Cullen Gardens Miniature purchase
b) Only large city in Canada to use the General Vote without political municipal political parties which are outlawed in Ontario
c) The gall to hold a plebiscite and keep the question secret from voters to avoid public debate and understanding of the issue
d) The highest property taxation in the GTA
e) Attempts to bar minors from purchasing spray paint and magic markers in a mistaken view that this will limit graffiti
f) Refusal to return Provincial Ombudsman documents and widespread distribution of these contrary to conditions by which the city was given the documents
g) Housing discrimination against College and University students
h) Discussions to demolish all existing older arenas except Donovan and replace them with new facilities in the North end thus depriving South end children from easily accessible arenas
i) A mayor who has publicly chastised councillors for refusing to implement 9% tax increases
j) Giant fee increases for the use of taxpayer owned recreational facilties that will insure the facilities are under utilized
k) A giant run up of public debt with the continual explanation that it will not impact on the tax rate (I'd like to know where the money comes from if not from taxpayers!)
l) A Mayor who claims the city is well positioned to be a leading growth center in Canada despite problems in the auto industry, record city unemployment, and record city debt
m) Discussions to sell public park space at give-away prices to developers
n) Rationale for destruction of public buildings is that they need repair or are energy inefficient---if all governing bodies used the same rationale, they would destroy the Parliament Buildings, the White House, Buckingham Palace and every other public building in the world. You would also destroy your house every time it needed a new roof!
o) City Council allowed destruction of the historic Rundle House which they featured on their Historic Walking Tours Brochure
p) Wastage of staff time and tax resources on such publications as Restaurants of the Downtown and the many other publications distributed widely simply to put out political messages at taxpayer expense
q) The Mayor and a staff delegation going to England for a week for the Sustainable Communities Contest to learn that Oshawa was the third best place of our size in the world in which to live---brag about that to your friends
r) The numbers of taxpayer paid political ads at Remembrance Day, Canada Day, Easter, Christmas, Labour Day, Valentines, etc.
s) The destruction of city council chambers and "A" wing without firm prices and designs for the replacement...also hiding giant expenses behind two city hall projects...the refurbishment of Rundle Tower ($10Mill) and the reconstruction of Council Chambers and "A" wing (presently $17Mill)....the only purpose of this giant expenditure was to provide larger and more palatial office space for the politicians!
t) A Mayor who calls some of his fellow council members "Stooges"
u) A council that is becoming increasingly dysfunctional and unproductive as it moves to the general vote where every incumbent will be opponents of every other council member
v) Oshawa's new downtown arena set to lose another $300,000 to be billed to the taxpayer
w) A Mayor arguing citizens must pay $1.50 per withdrawal for "the convenience" of having ABM's placed in public places...he believes everything should be a "profit center" for the city...be damned the public interest
x) The city's use of an accounting system that is designed to hide the true costs of all projects since no master accounting ledger is used to track costs for any project and costs for individual projects are hidden across a myriad of ledger sheets with inadequate descriptors to obfuscate costs.
y) The city's wastage of countless tax dollars and staff time in preparing useless flyers, brochures, press releases, etc. and entering meaningless contests like the "Sustainable Communities" contest where every entrant is a winner
z) We could cite further examples of ineptitude ad nauseum


How will the "beer can" fit with these?


Click on following visual of buildings surrounding
"THE BEER CAN" for a larger view! 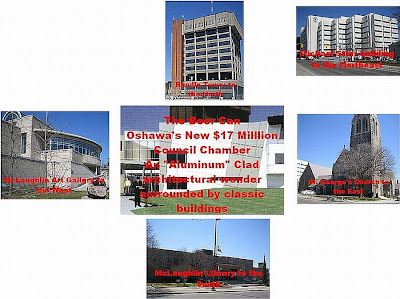 Don't forget the airport whichis in the red every year ... paid for by tax dollars.